Who's this guitar playing sonsa bitch ? is a question
common asked. On his head a bucket of chicken bones,
on his face a plaster mask. He's the bastard son of a preacher man, on the town he left a stain. They made him live in a chicken house to try hide the shame. He was born in a coop, raised in a cage. Children fear him, critics rage. He's half alive, he's half dead.
Folks just call him Buckethead. 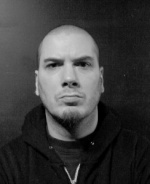 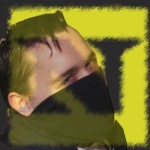