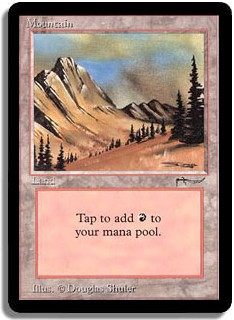 "Alpha contained a number of errors that were fixed in the second, or Beta release: Circle of Protection: Black and Volcanic Island were accidentally left out of the set entirely . Additionally, only two versions of each basic land with unique artwork were included. Limited Edition was advertised as having "more than 300 cards," so a third version of each basic land was added in the Beta release in order to validate this claim."

We had 728 participant which is awesome. Today I will not post the winners, though. The winners will be selected today and all winners of the grand prizes will be announced tomorrow. Today I will only tell you about the correct answers and the how and why of these questions.