On approche d'un deck.
_________________
It's unsportsman to complain about bad luck to the winner. If you want to talk to a trusted friend about your feelings, that's fine, but don't make the people you play with feel bad about winning.

The complete list of all banned and restricted cards, by format, is here. 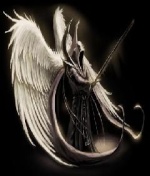 Eye of Ugin is banned.

Sword of the Meek is unbanned.